The software is progressing, maybe a little slower than I planned. But that's mainly a problem of finding some free time to work on it. The current github checkins update the main controlling loop that keeps track of upcoming events.

The events are represented by a separate class (IrrigationEvent), which are managed by the IrrigationPlanner. The planner is being periodically polled by the main controller task. The planner is still missing a query method for the actual tasks to perform. It also uses only hard-coded events, but that will suffice for now.

The hardware is also starting to take shape. I mounted the board in the IP67 enclosure. I ordered a buck+boost converter plus a switching AC/DC power supply. The buck+boost converter combo is used to later power the device by solar (+ battery backup), which varies widely in the input voltage, i.e. it can be below or over the needed voltage of the connected pump (approximately 14VDC).

The image shows the initial cabling within the IP67 enclosure. The controller and power supply isn't mounted yet. 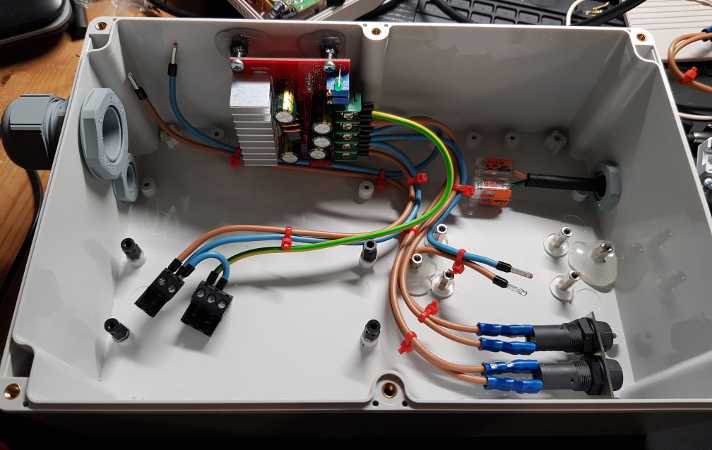 All the components have now been properly mounted within the enclosure, including fuses on the primary (mains) side and both secondary power rails. Only the connections to the pump and the water reservoir sensor are missing. 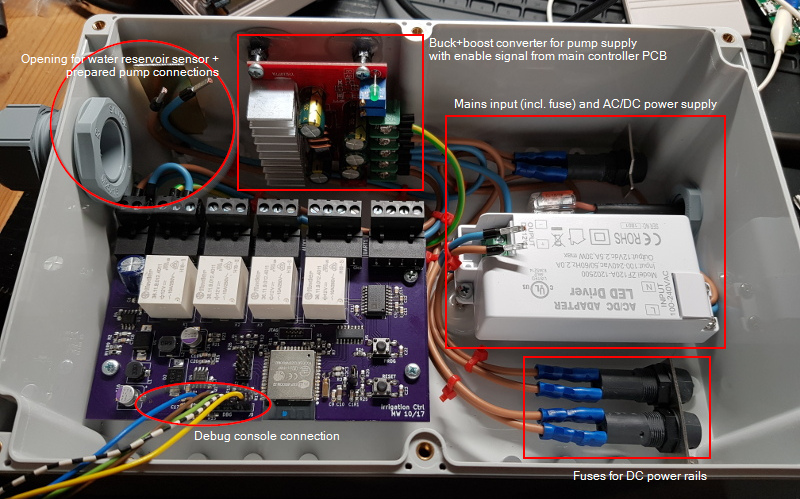 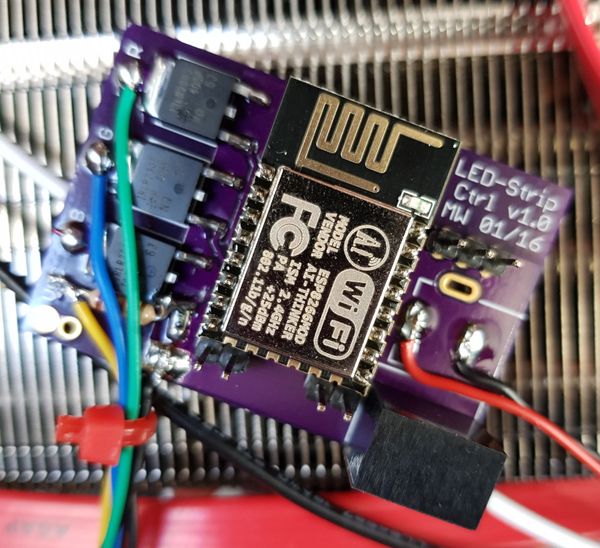 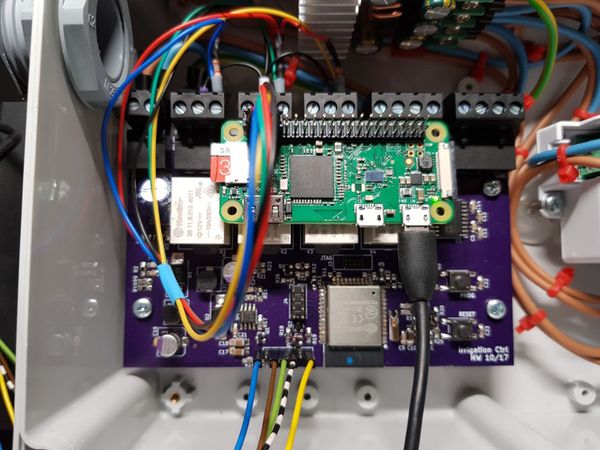